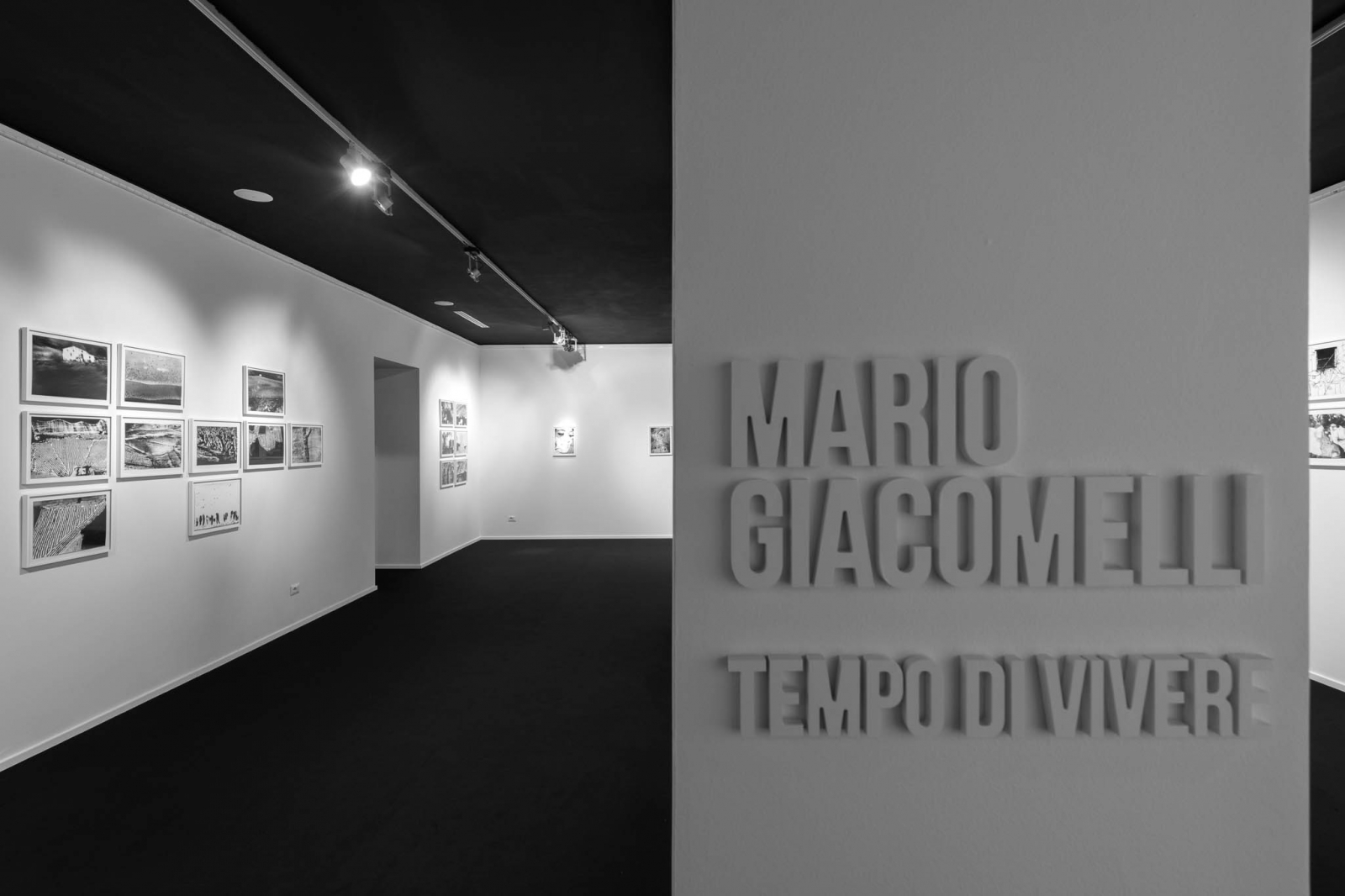 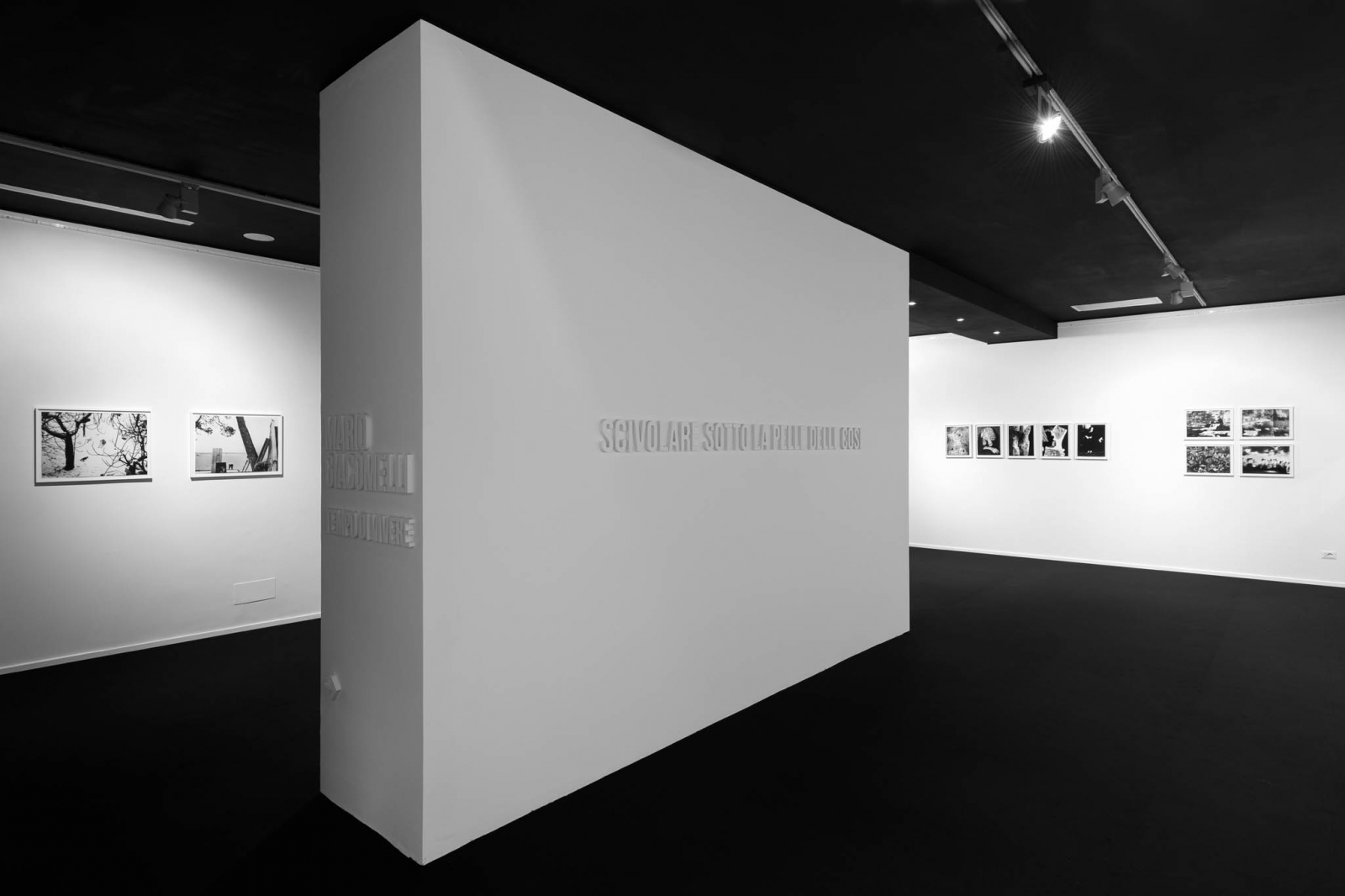 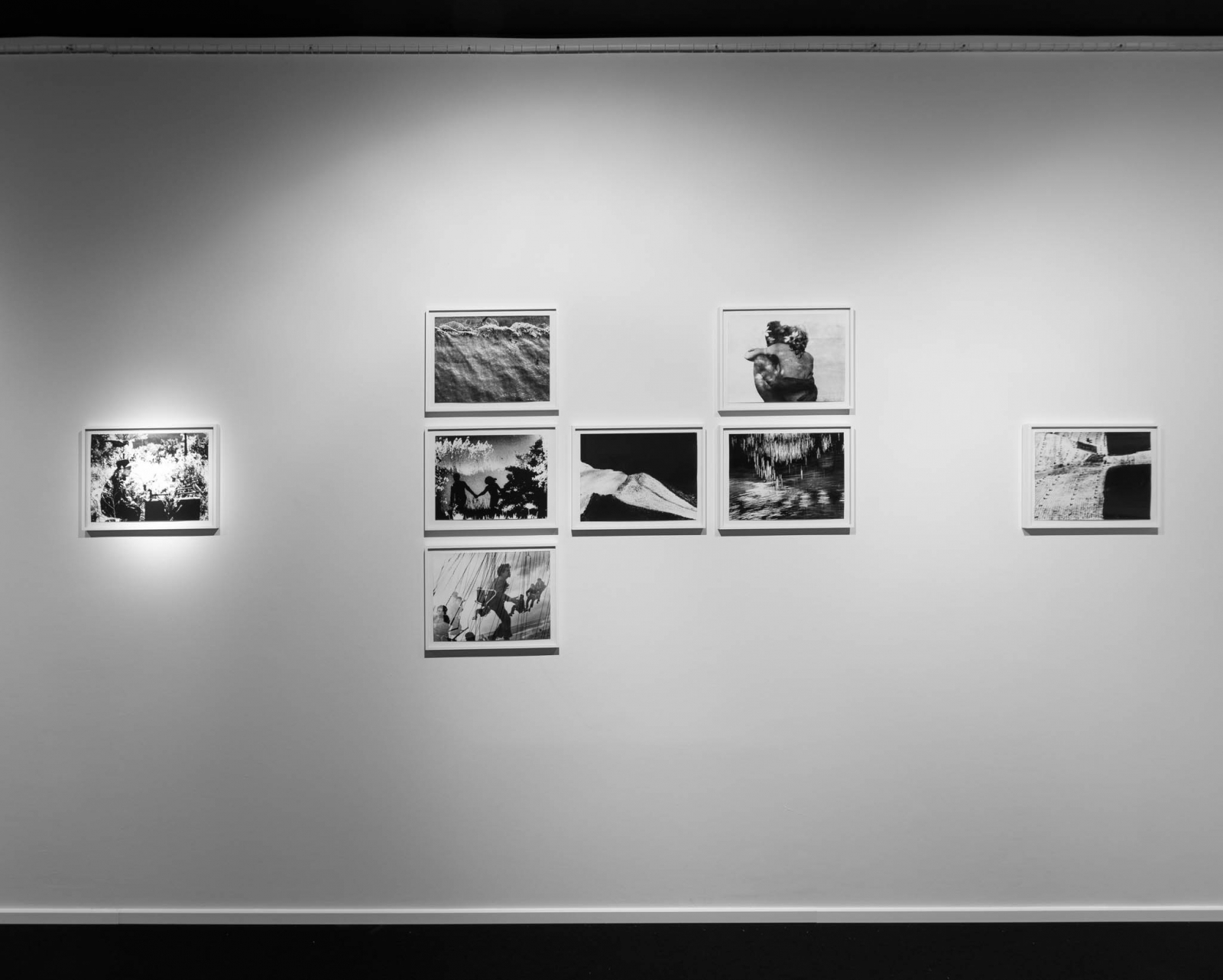 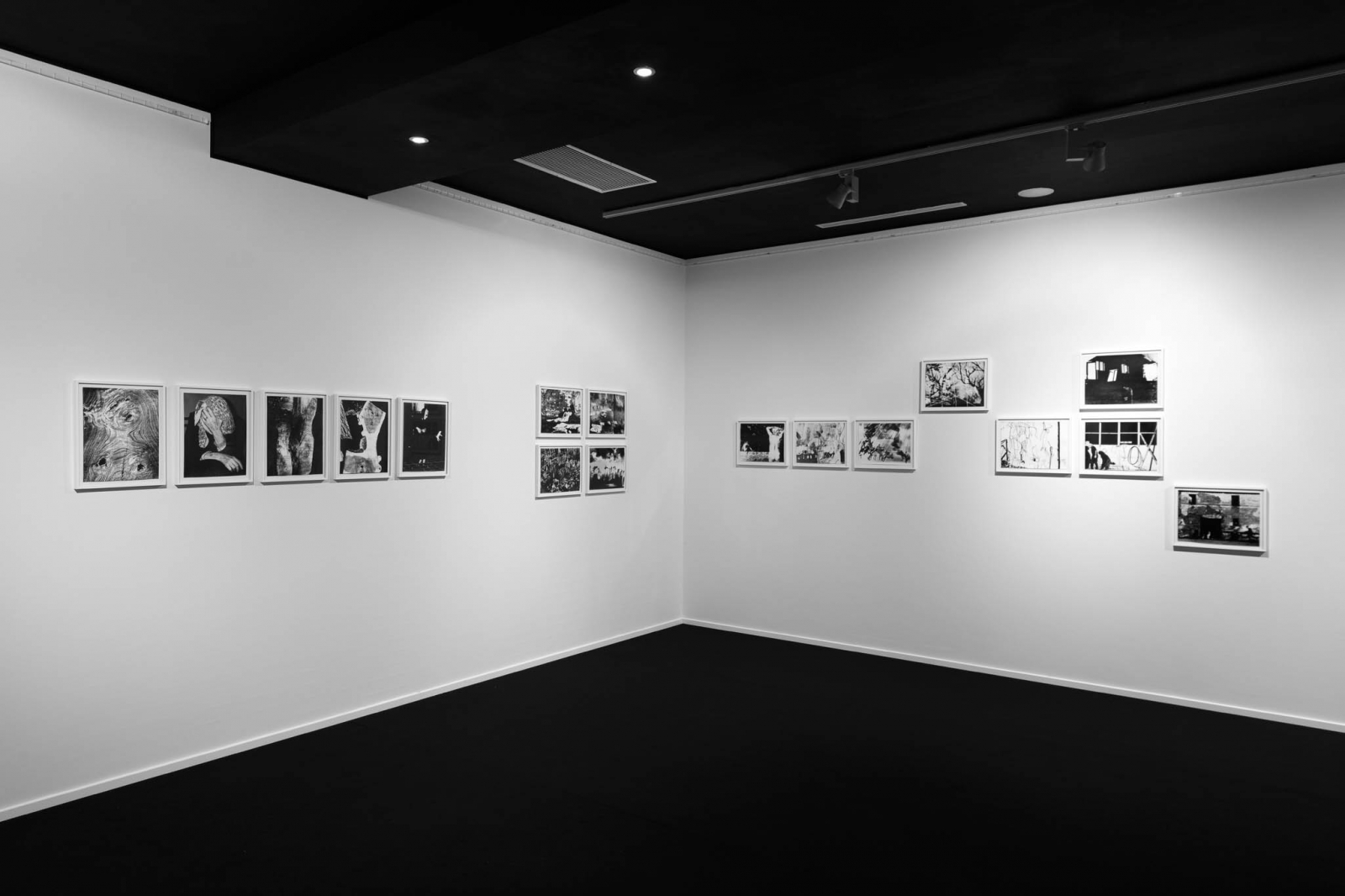 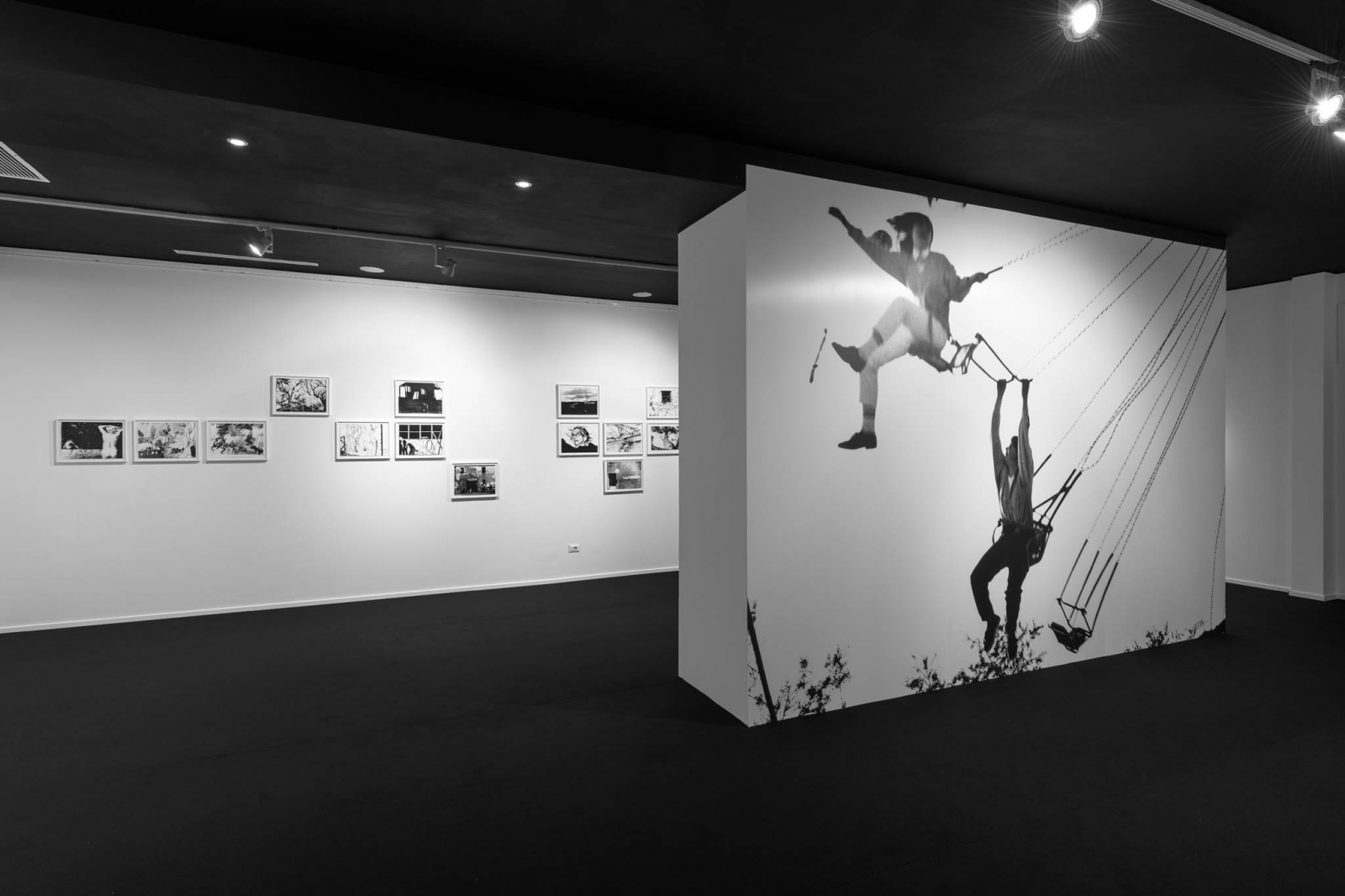 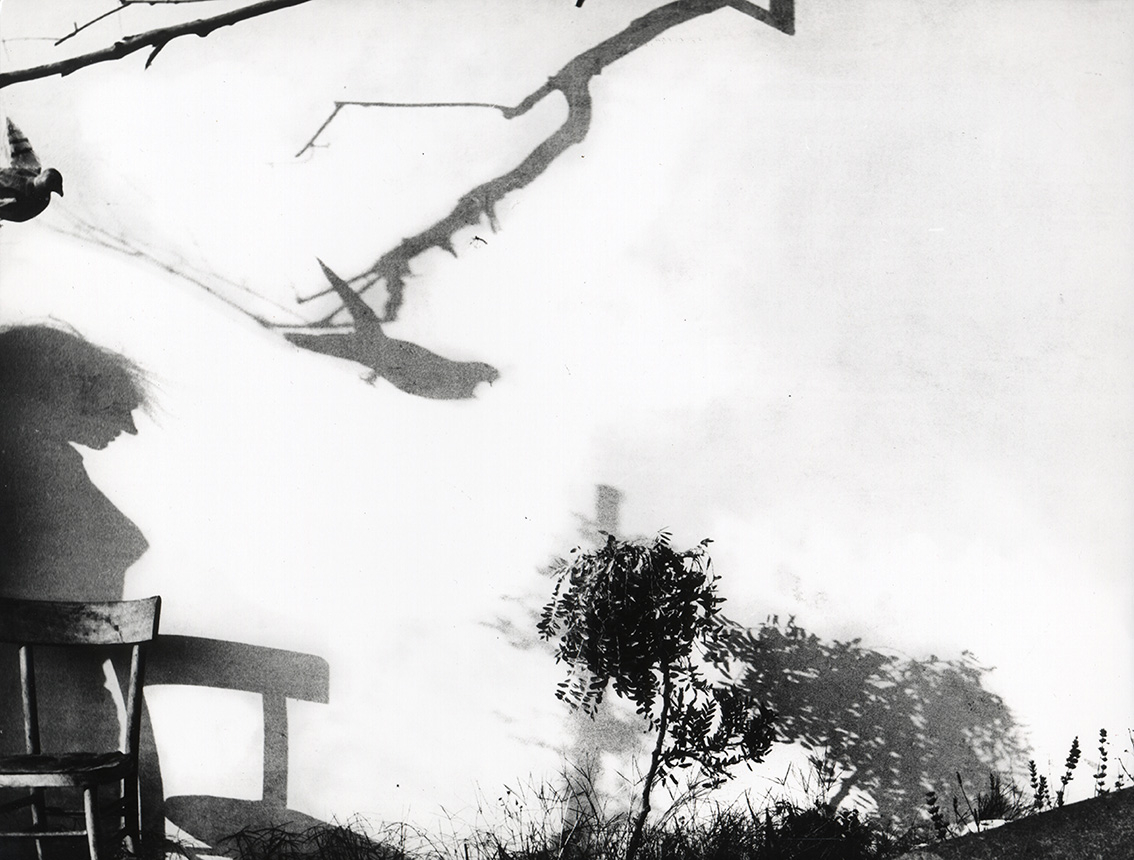 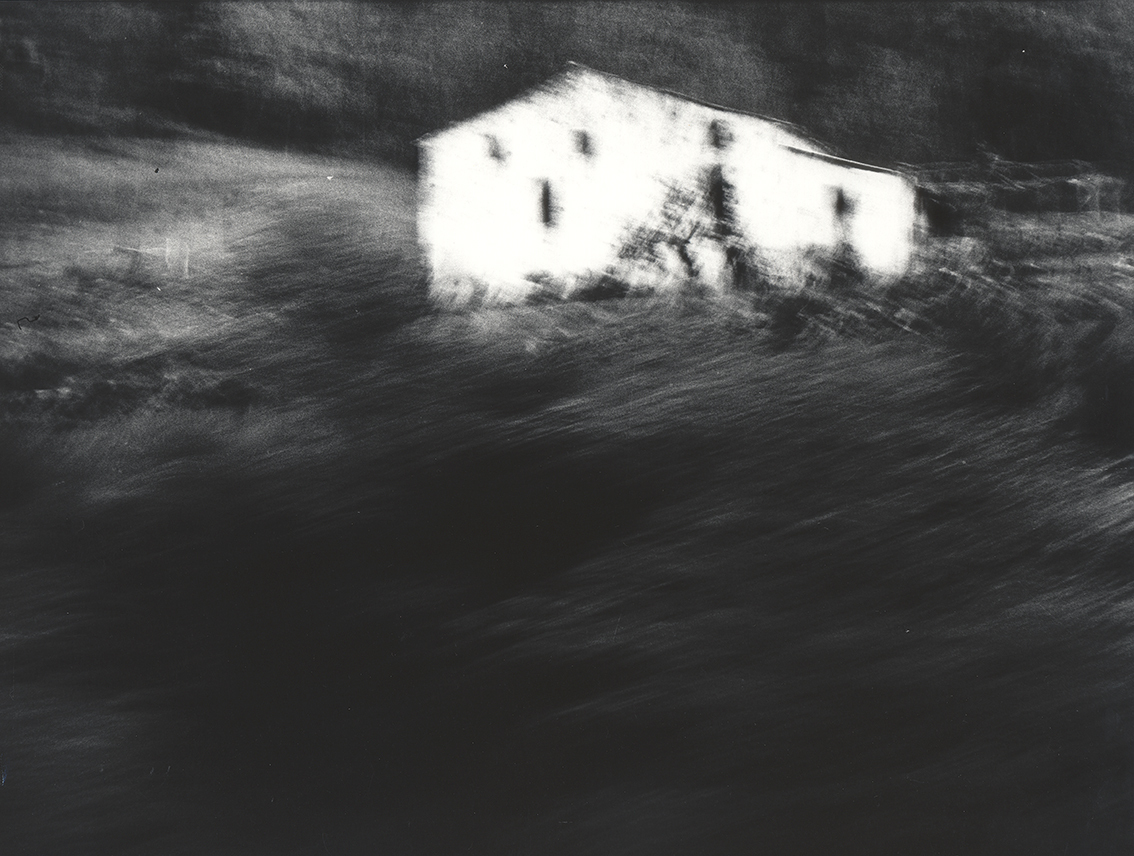 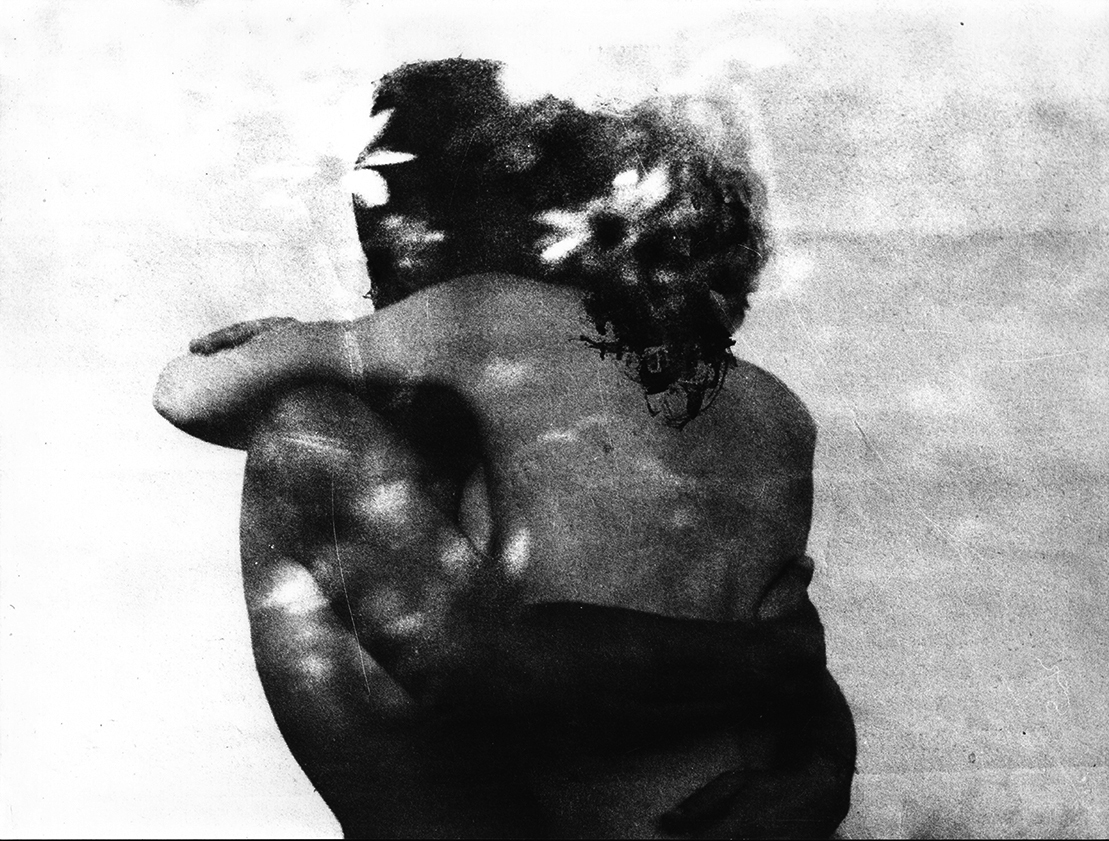 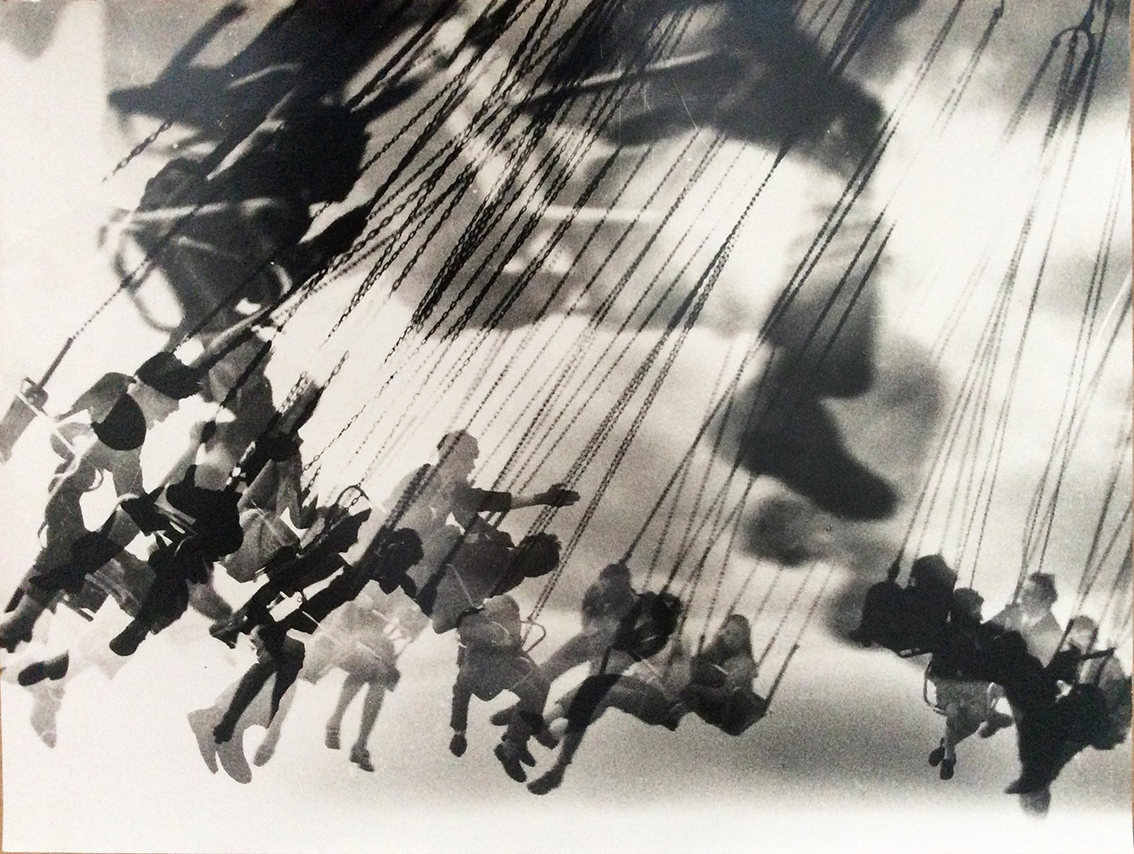 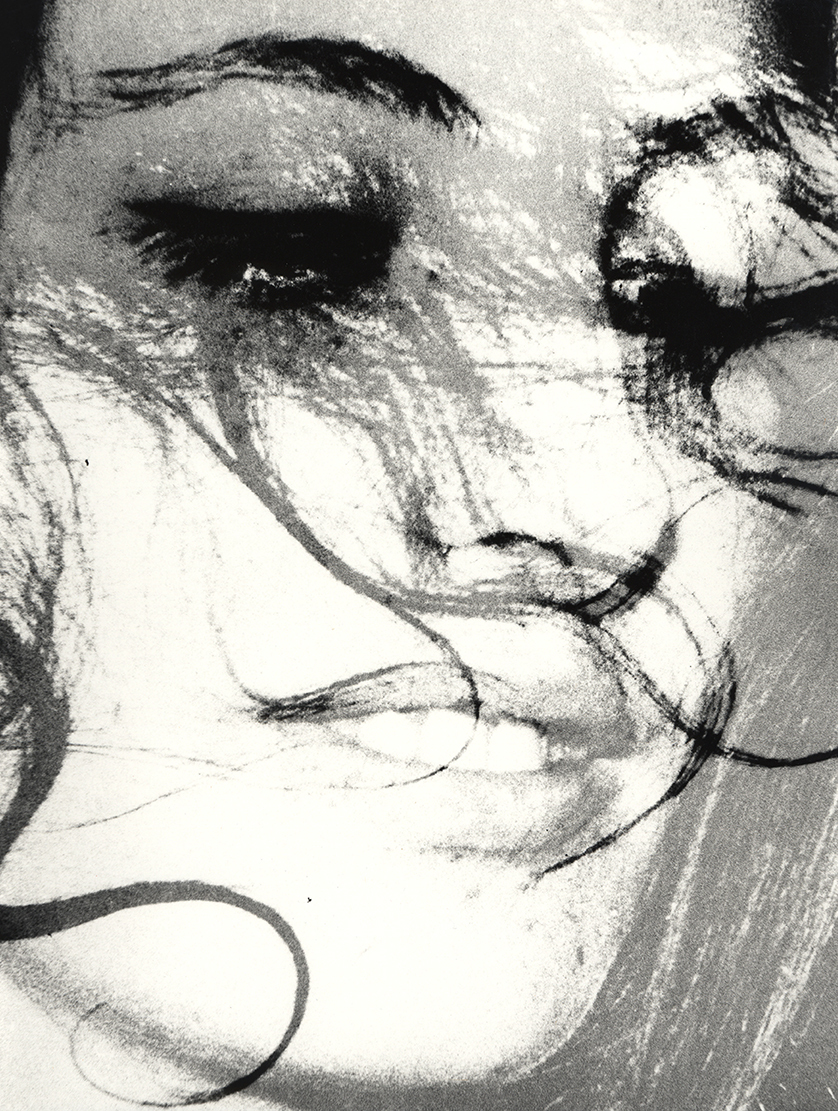 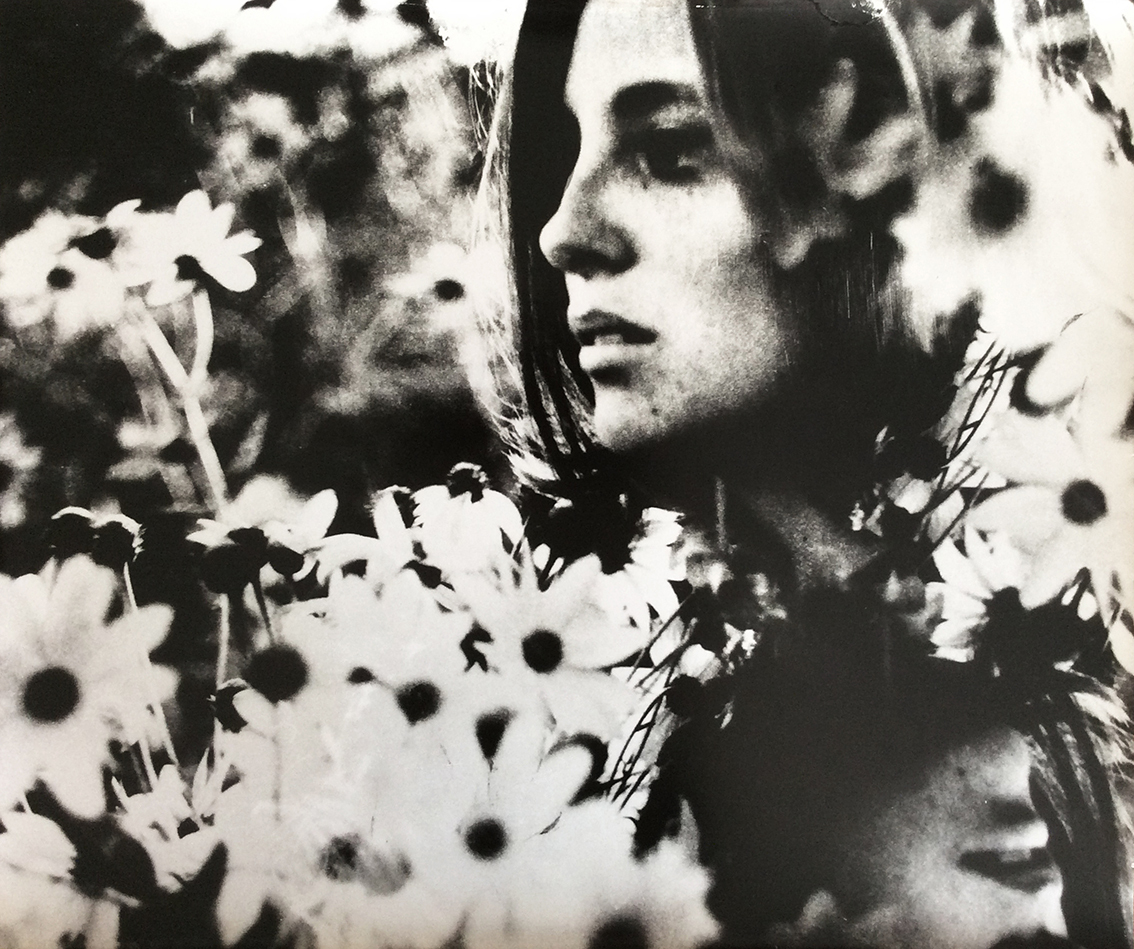 From Saturday 23 October to 31 December 2021, Gilda Lavia Gallery is hosting the exhibition MARIO GIACOMELLI. TEMPO DI VIVERE, curated by Katiuscia Biondi Giacomelli and in collaboration with the Archivio Mario Giacomelli.

Sixty-six vintage photographs covering the artist's entire career, presenting some of his most iconic and dated photographs alongside unseen works from his mature period, the 1990s.

An exhibition that invites the viewer to descend into the artist's creative flow and access his vision of the world and of photography.

Mario Giacomelli's copious production is a sort of long film lasting an entire lifetime, and the photographs are its frames. A whole that is a tale, a dream, a memory, a language of the unconscious, with which reality is mixed. A photograph full of life, and from life Giacomelli also takes "the contradictions and smears". Pieces of the world that breathe infinity and fall into the depths: "the image is a product of a faceless inner force that explodes within space. I decompose and recompose to signify" (M. Giacomelli, manuscripts of the 1990s).

In the continuous reversals of meaning, in the jumps in time, in the transformation of matter, implemented by the artist in his alchemic art, the world he photographs becomes a mirror of a more intimate and truer dimension, purified of all stereotypes and embellishments, and shows itself with the rawness of obscure and unmentionable thoughts and at the same time becomes such powerful energy that it overflows into pure sensuality. Giacomelli lives and expresses himself in the oxymoron. He loves contradictions, clashes and the coexistence of opposites. And it was from this that his inimitable revolutionary photographic language was born in the 1950s, made up of high contrasts of black and white taken to extremes which, in a neo-realist Italy at ease in the grey tones of polite composition, was literally unsettling.

The intention of the exhibition's curator, Katiuscia Biondi Giacomelli, niece of the artist and director of the Mario Giacomelli Archive, was to "make present the character, the man and the artist, who created so much beauty for us. For this reason, the structure of the exhibition, through the choice of material and the sequence of the works, does not follow a chronological order nor a division into series but simply concentrates on the flow of images, a vivid manifestation of the primordial encounter between subject and world, when one looks with the heart before looking with the eyes".

And it is precisely in order to continue to look with his soul that Giacomelli, although acclaimed and present in the permanent collections of the world's greatest museums, has always felt he must remain in his small seaside town, Senigallia (Marche), away from the hubbub of the metropolis, attached to his land and his memories, far from all distractions. In him, art and life coincide and condition each other, and even his way of speaking made up of evocations takes us back to his being a man and a photographer.
An audio contribution, played on a loop in the gallery, makes us listen to him, in his particular way of expressing himself that also transforms words into images. Thoughts about photography were constantly and imperatively buzzing in his head so as never to distract him from his creative world.
The exhibition revolves around the theme of the relationship between man and nature, which is the theme of Giacomelli's work, together with that of time, and there has been no desire to skimp on the number of works on display, in order to touch on the many nuances it contains. It would be reductive to divide this path into chapters, because Giacomelli's photography is nourished by totality, but in fact the exhibition has a meandering course, following the motions of Mario Giacomelli's soul, which rise to the peaks of infinity, and then vanish into the ineffability of poetry, to swell with synesthesia and matter, and then freeze again in the face of death and disintegration, abyssing into the unknown, only to warm up again in the face of the full beauty of love and the earth, of the matter of Mother Earth.

Giacomelli, without ever ceasing to search for man's place in the world, in the midst of all this, feels himself to be "a thing among things", part of a whole, and here hierarchies and definitions lose consistency and everything seems to return to an ancestral space, indistinct and welcoming, that which for a lifetime the artist has chased and made emerge from his photography.

For all these reasons, the curator of the exhibition defines Giacomelli's photographic art as "performative", by virtue of the very high degree of ritualization of the creative act, trying to follow up on the bizarre affirmation of Giacomelli, one of the world's greatest photographers, when in a provocative and amused but also profoundly serious manner he said: "I don't do photography, I don't know how to do it".