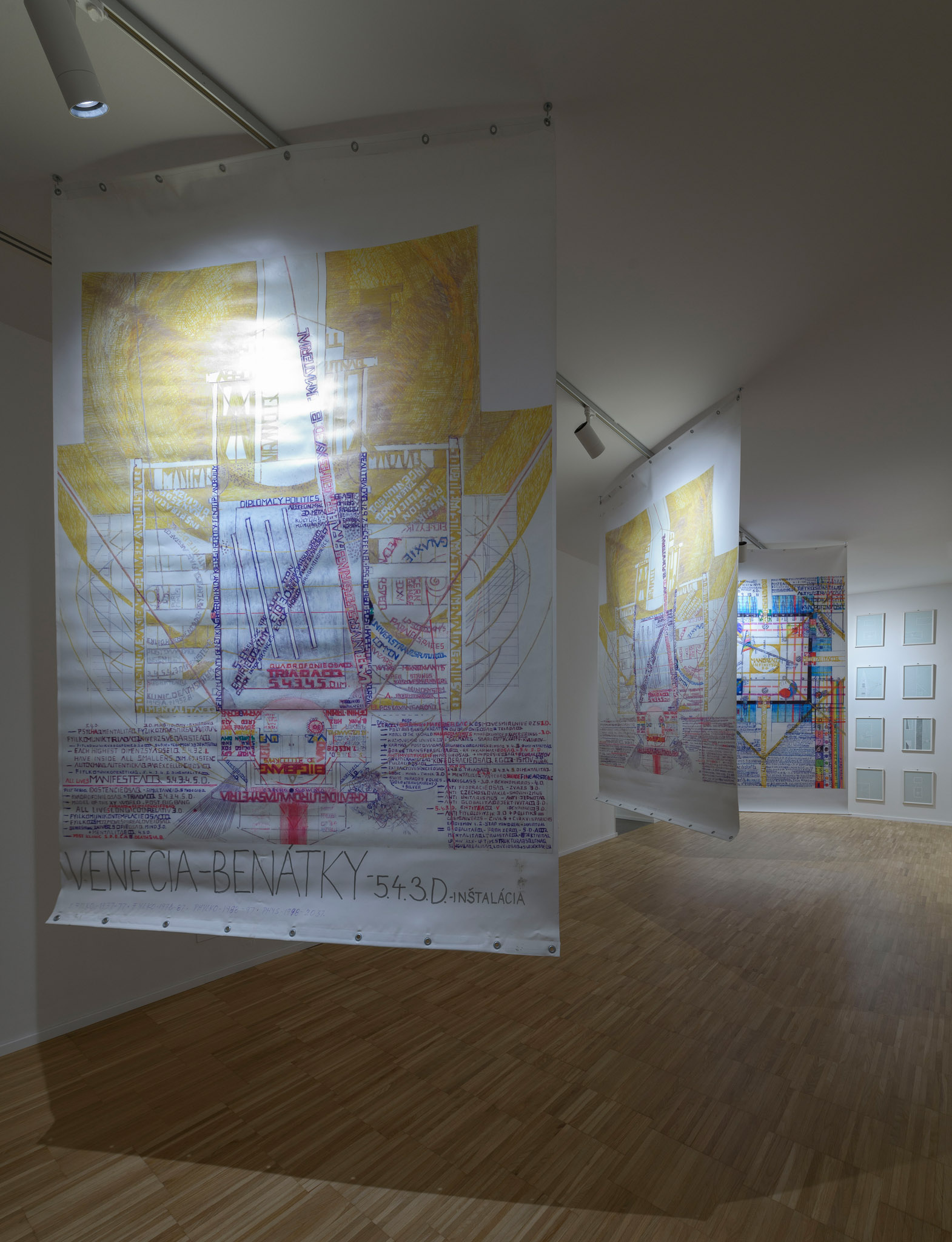 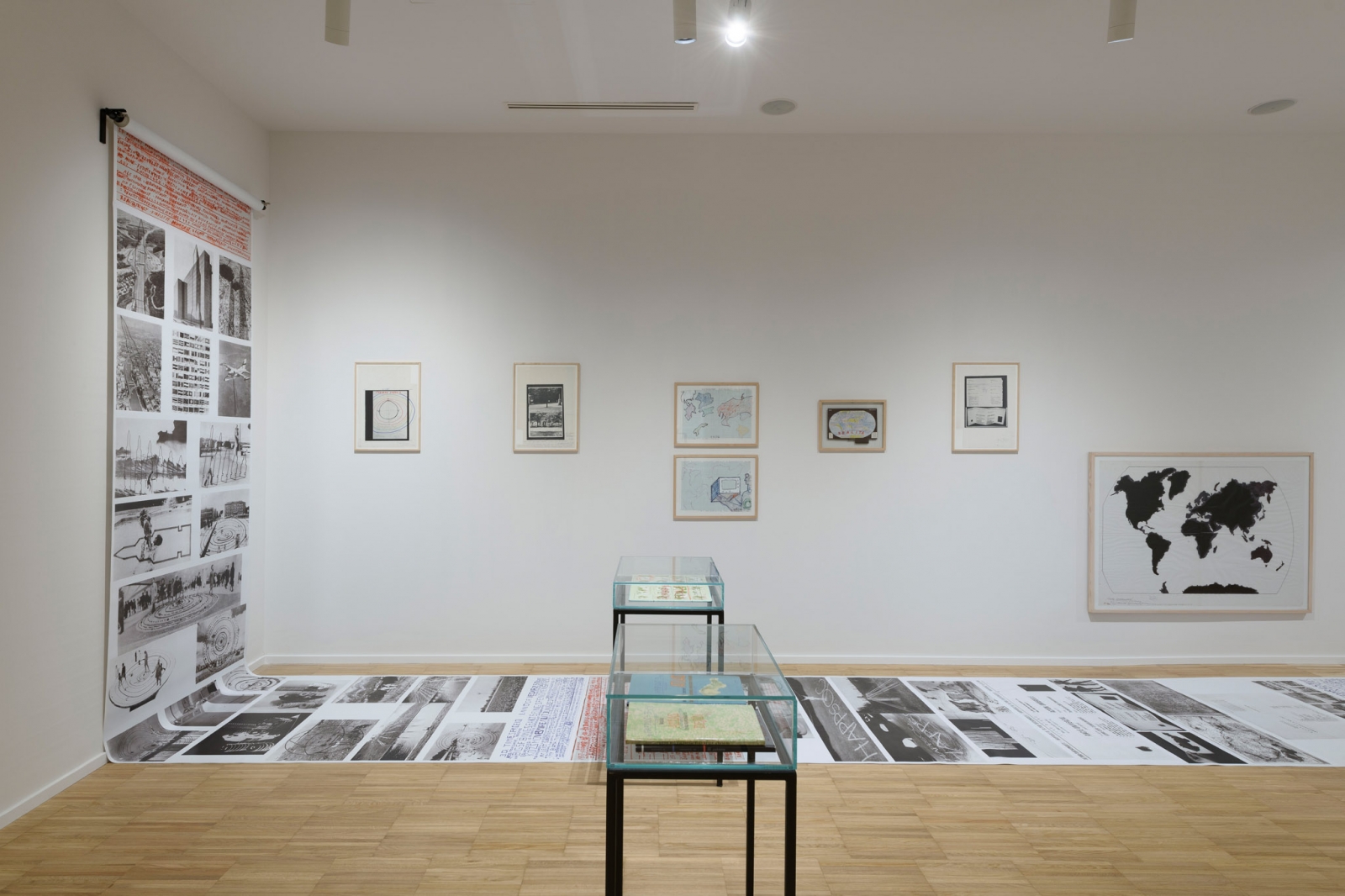 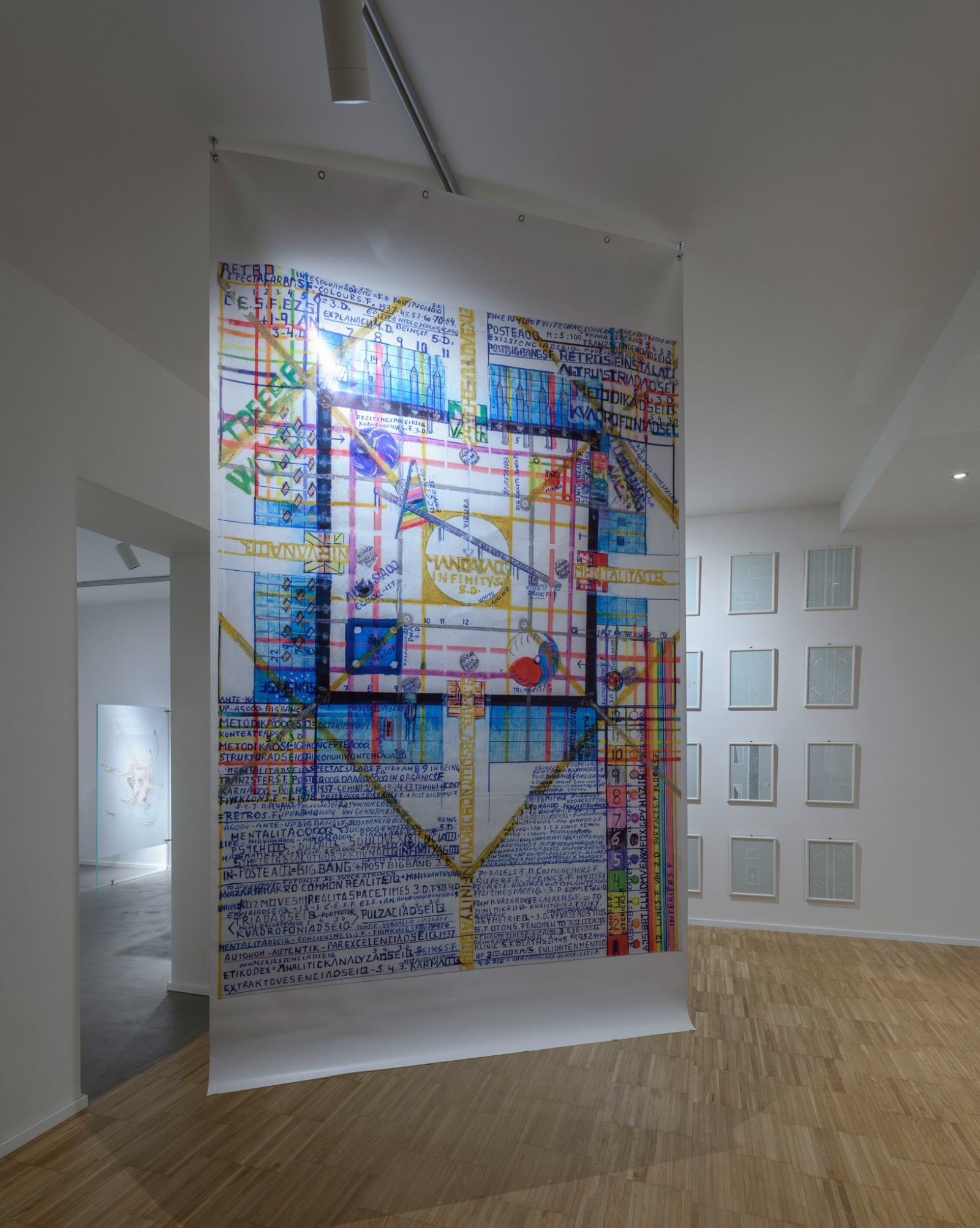 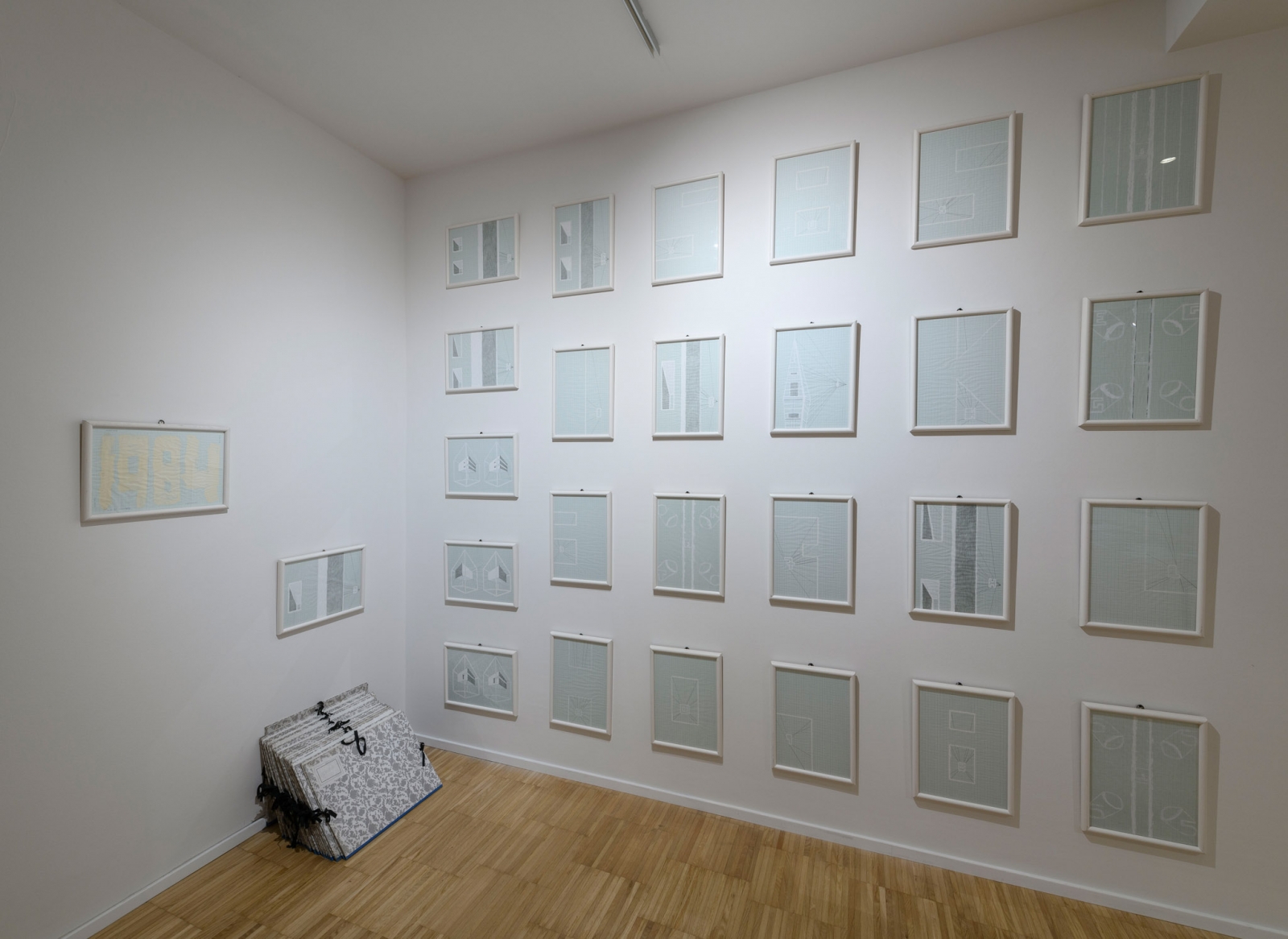 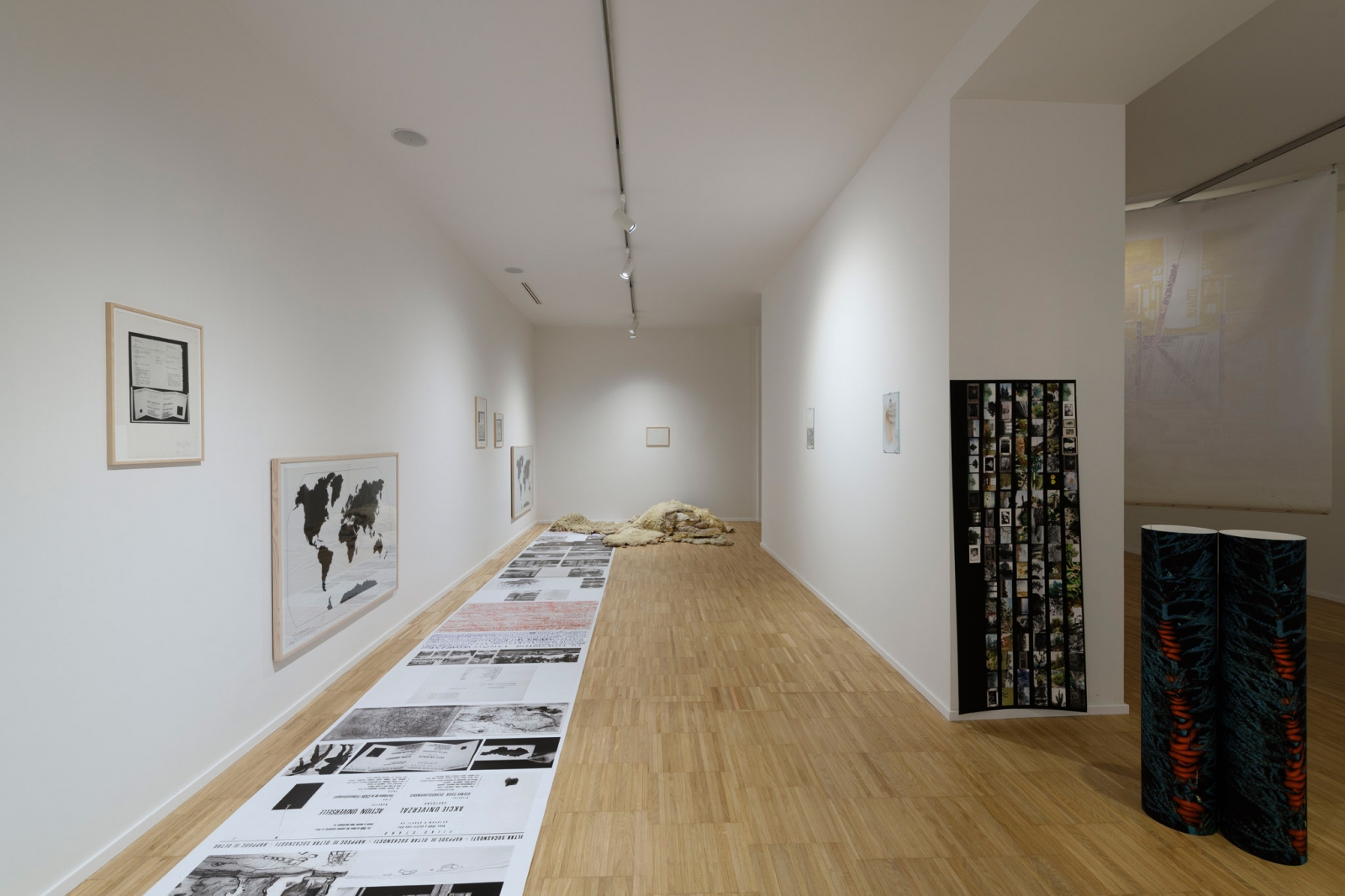 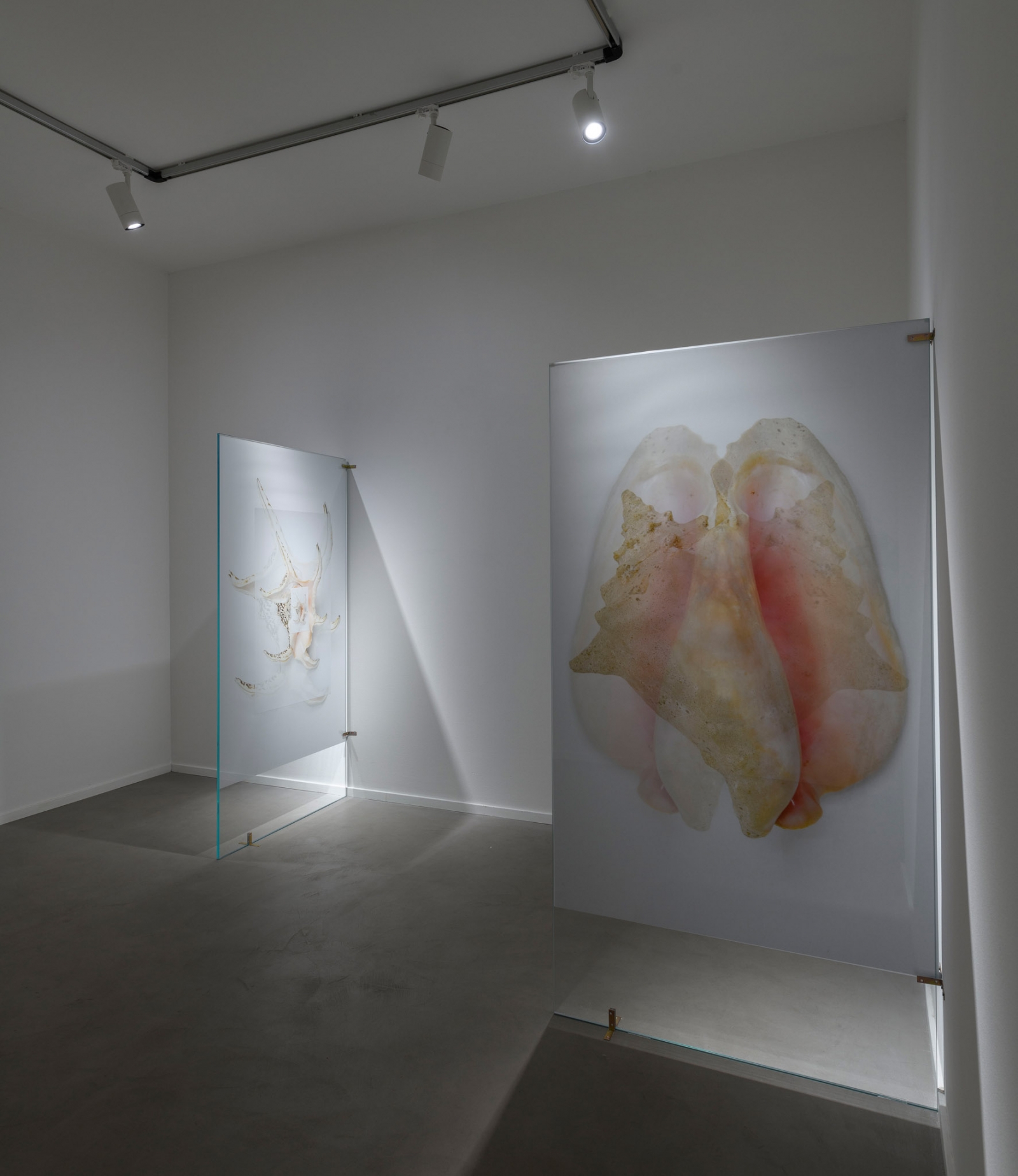 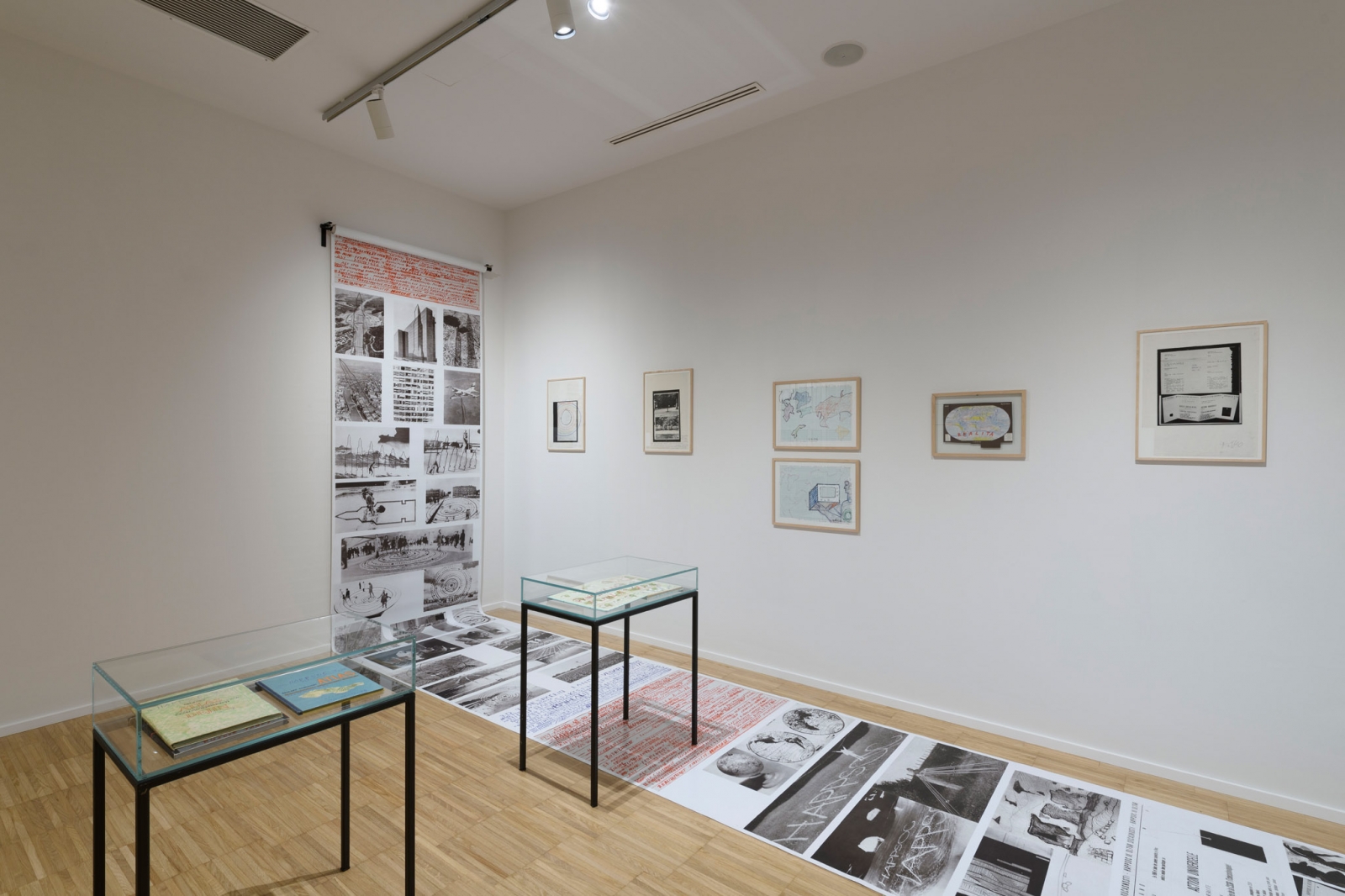 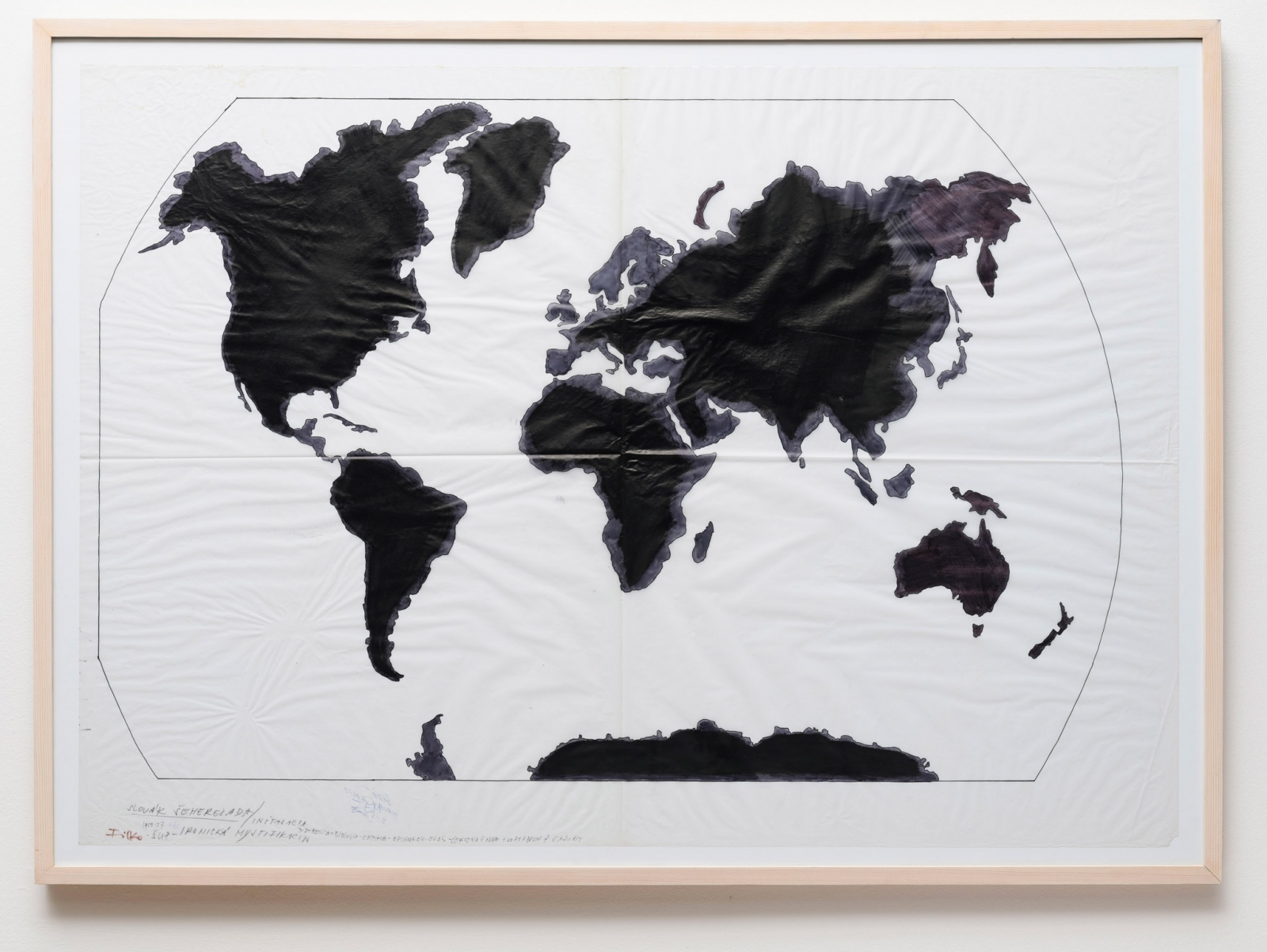 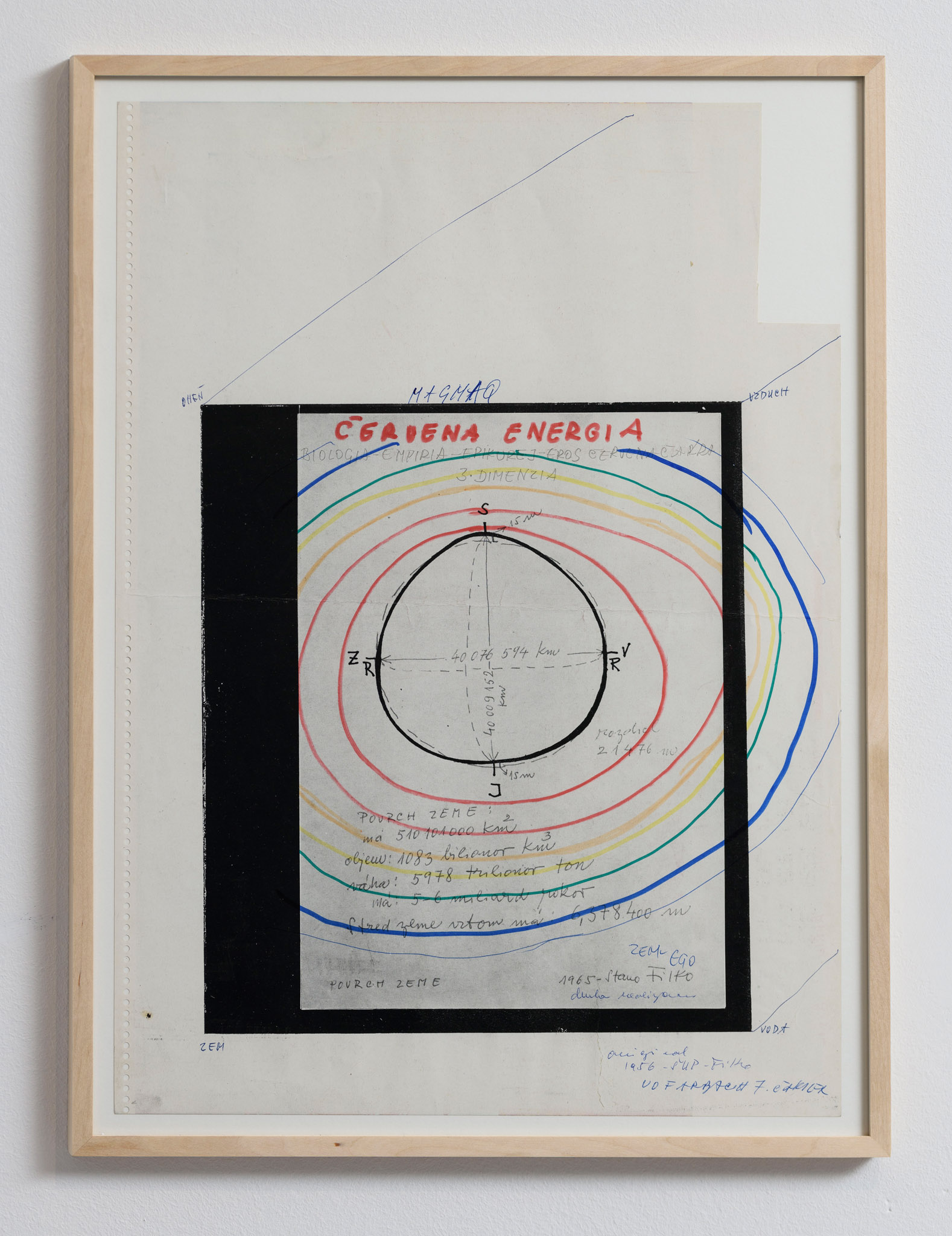 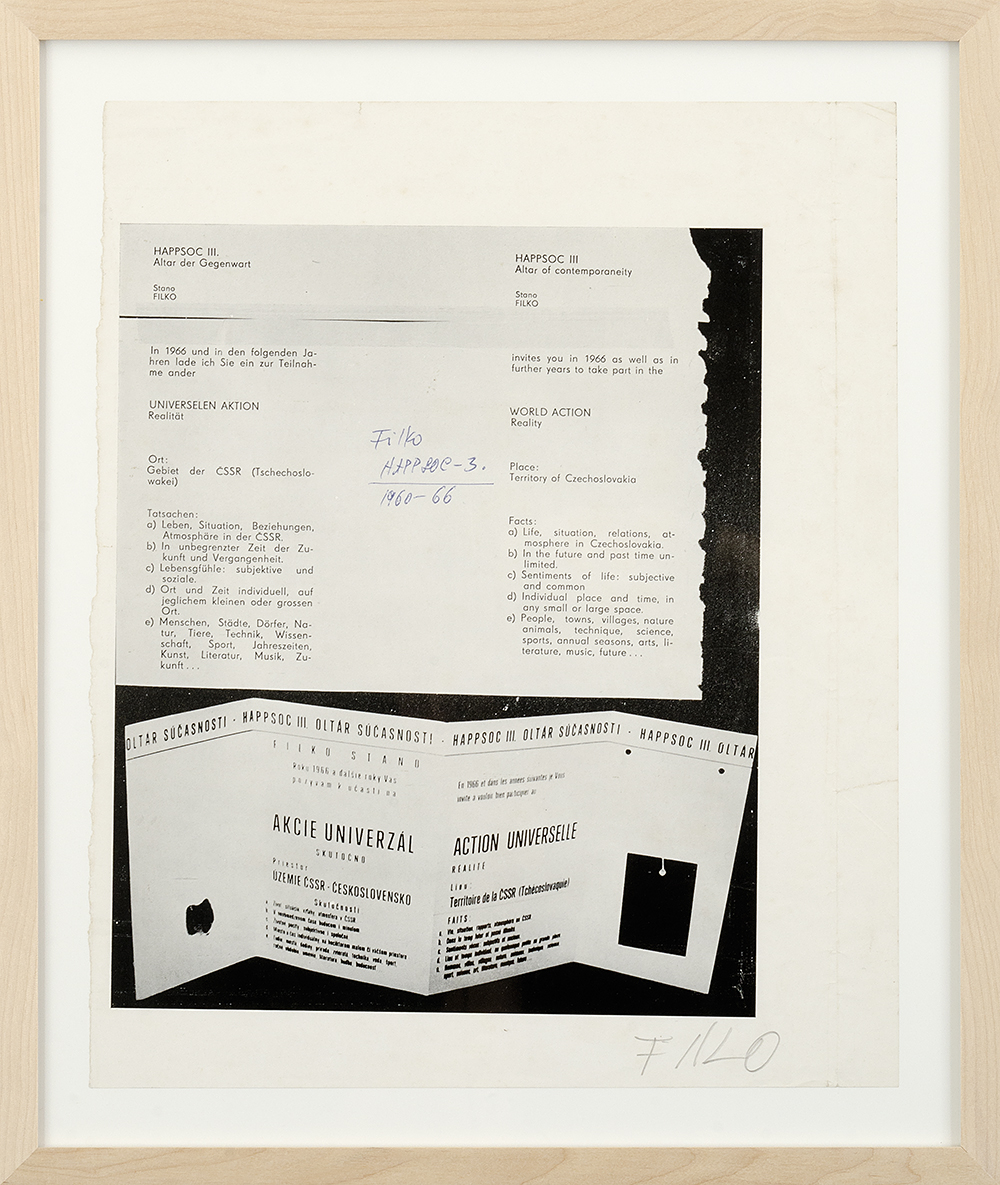 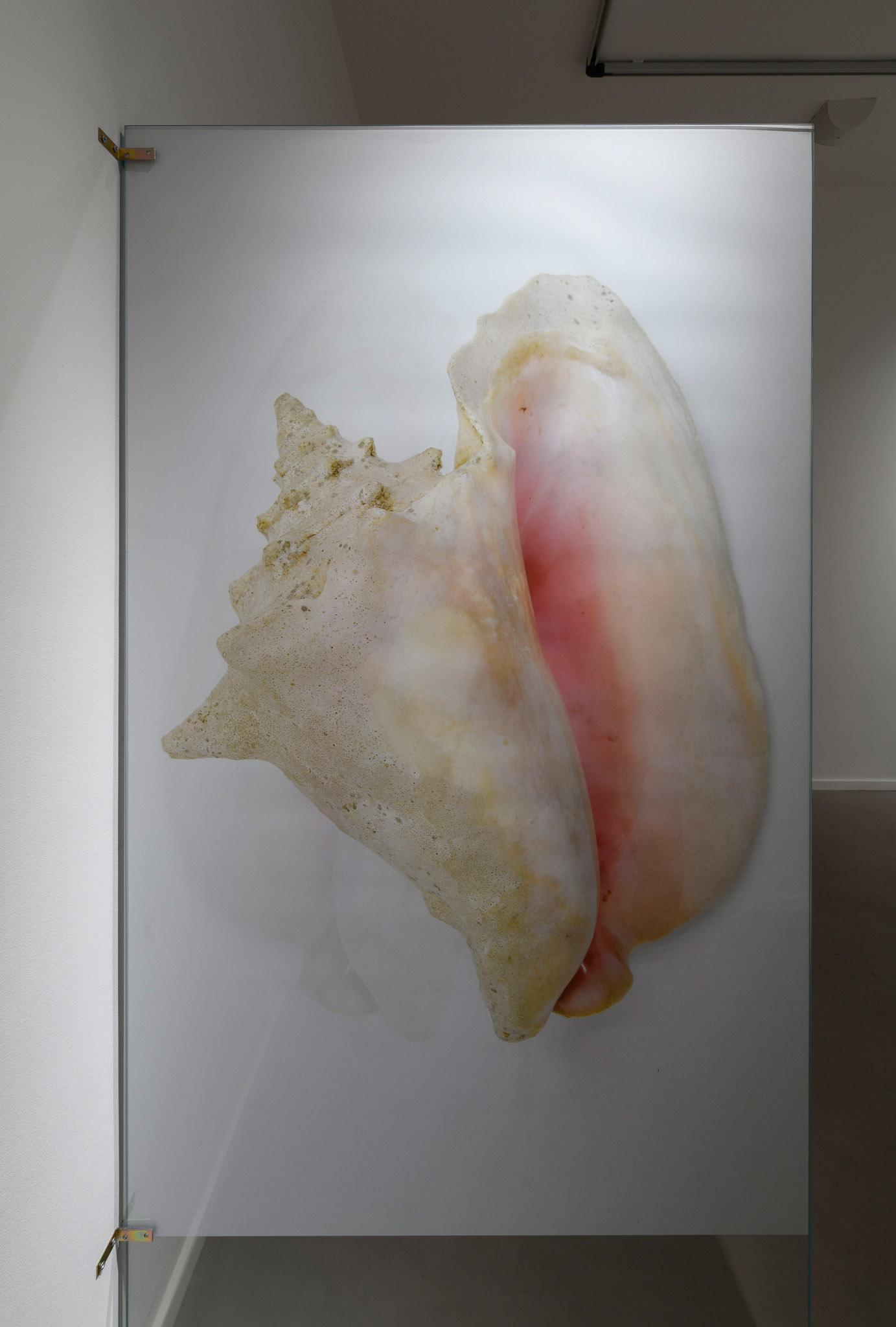 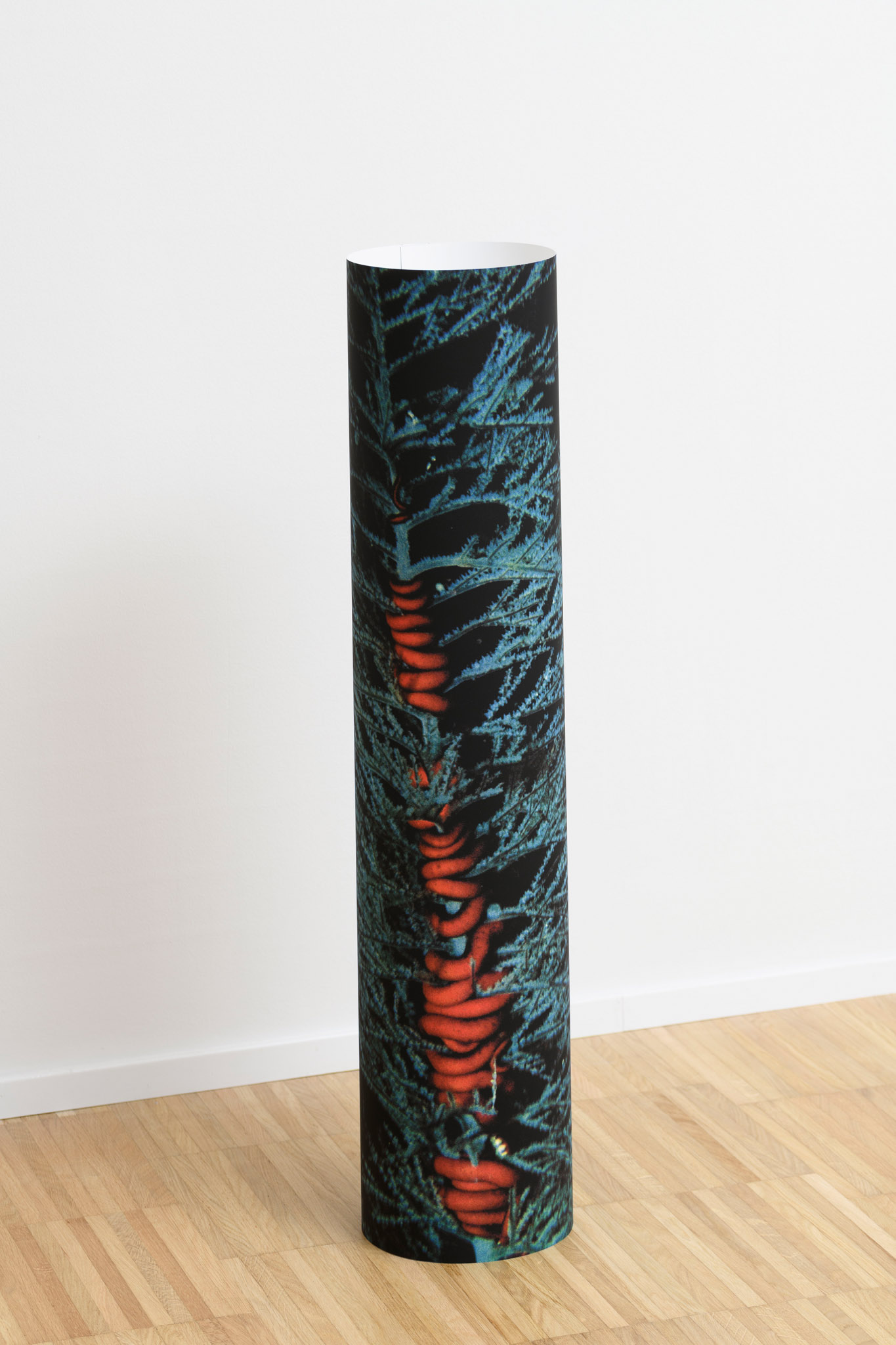 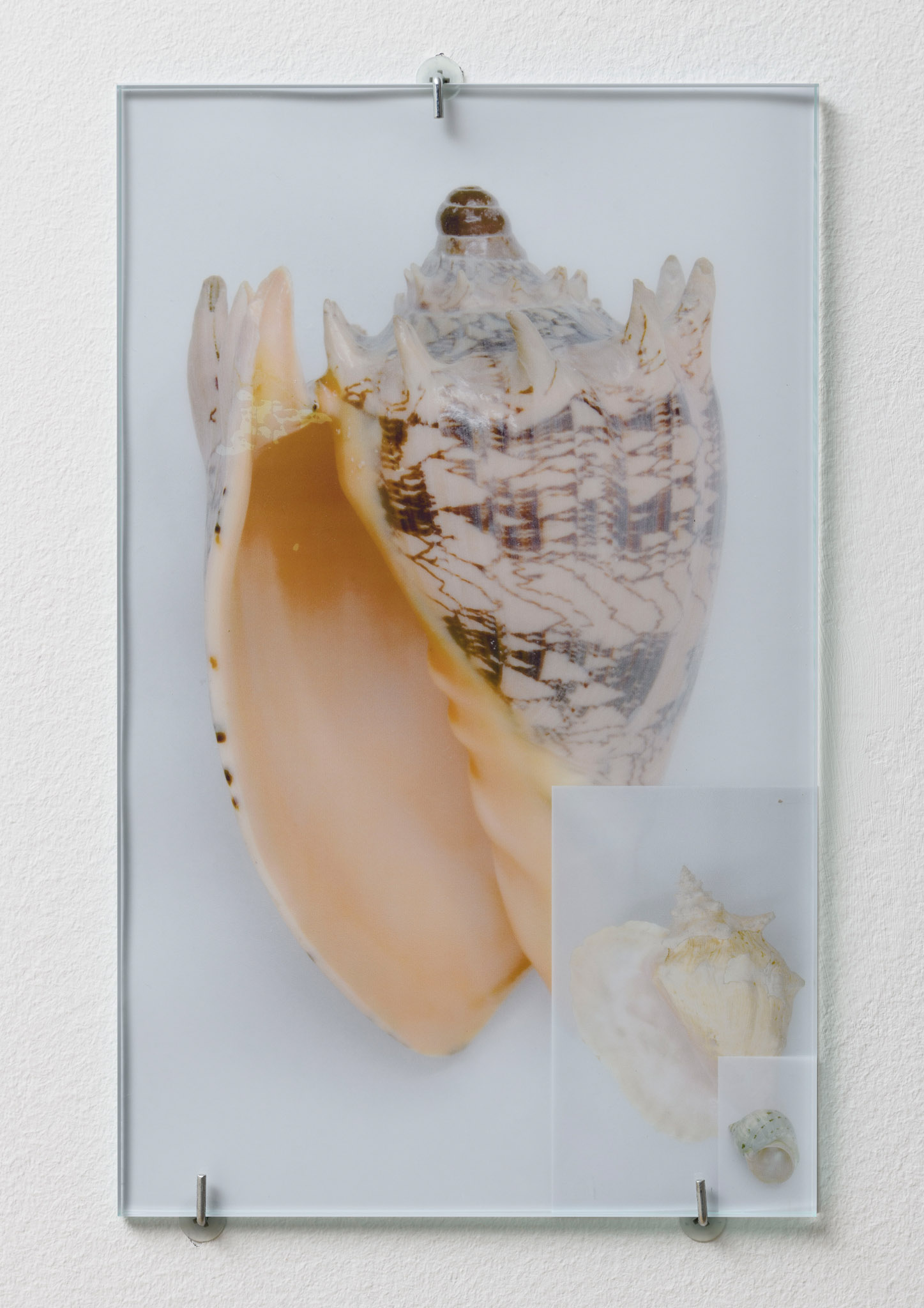 Gilda Lavia Gallery (Rome) is pleased to host DISTRACTION/ÉLAN/VITAL/ECHO/ALPHA? an exhibition of two artists: Stano Filko and Petra Feriancová which will open on Tuesday December 13 at 6 pm.

Feriancová in a text she wrote for the exhibition, describes the relationship with Filko’s world and works as follow:

“Someone once told me that the work, or rather, the parallel universe of Stano Filko will disappear alongside him upon his death. And they were right. However big and corporeal Filko’s world was, all that is left is fragments. Fragments similar to those of ancient civilizations, destroyed in catastrophes. I don’t want to write about Stano’s catastrophes, even though there were many. In contrast, there is little of his life’s work left, despite the amount he created. Filko went against himself, his limits and physical abilities, time and space. But also, he went against  the creator.

I try to set the works, which Stano gifted me, as well as the ones I bought after his death from his son, into a frame of reference, or a fundus. The goal of my study is showing the work to the spectator. I approach my work in the same manner. However, that often must wait for me to be able to perceive it at a distance, or, at least from the perspective of a spectator. Hence, the turn of the appropriated image here is more affective as I am not trying to distance myself, as I do with my own work.

Ideas usually come in abundance, and I believe the first ones to be the best but considering that it is not a site- but a situation-specific work, I have forgone the raw walls and gypsum profiles I had in mind for a substantial period. Initial reactions tend to be mimetic as I try to understand and become one with my subject. This response to Filko would be epic and unecological. Time and space are at stake once again. Under pressure to find more of Filko’s works I excavate my own work, semi-refined relicts sans closure. Through the lack of closure, the continuous themes of anthropocentric systematization of nature, and understanding nature as a human invention, I have figured out, somewhere in my subconscious in a somewhat utilitarian manner, that the logic and associations work.

Rather than an impacting architectural approach to Filko’s exhibited work, my design is referential. Stano Filko is an architect himself, his works are structural and capable of structuring themselves. Even though they are now fragmental, they still possess the potential to be an architrave system, just as the ruins in a roman forum. *(I have already written about Filko’s work, which can be reorganized and restacked despite its incompleteness or absenting particles, with identically powerful impact.) Filko’s works encroach the space and hence, my intervention is not the fundament, but rather a sort of glossa. At times they are intrusive, on other occasions totally invisible."